Saghmosavank is situated in the east of Saghmosavan village, on the edge of precipitous gorge on the right bank of Qasagh River. It is mentioned in history from the Early Middle Ages. It was fully constructed in the first half of 13th century. The complex was erected by Vache and Qurd Vachutyans. The complex of Sahgmosavank Monastery includes the Church of Saint Zion, narthex (gavit), repository of manuscripts and Church of Saint Astvatsatsin (Holy Mother).

Church of St. Zion -is the main church of the complex. It was erected by Vache Vachutyan in 1215. It is of domed hall type building. According to its composition, it is rectangular from outside and cruciform from inside with two-story annexes in four corners. The entrance is on the west. The high cylindrical drum and dome with cone-shaped cover gives a slender appearance to the church.

Narthex (Gavit) -is on the west of the main Church of St. Zion. It was erected by Vache Vachutyan in 1215-1235. It is a four column building. The roof of the narthex has an interesting and unique construction solution, which is an exclusive example of Armenian architecture.

Repository of manuscripts-is situated on the south-east of the church and narthex. It was erected by Qurd Vachutyan and his wife Khorishah in 1255 in memory of their prematurely deceased daughter Mamakhatun. This building differs from the others being built during the same epoch by its compositional solution. There is an altar on the east and niches in the walls. The only entrance is in the west.

St. Astvatsatsin church –is situated on the south of Church of St. Zion, adjacent to repository of manuscripts. It was built in 1235. It is a building with rectangle plan, with arch type cover, and semi-circular altar.

The graveyard-is on the north of the monastic complex. In the territory of the graveyard there are various tombstones, some of which in the form of richly carved khatchkars (cross-stones) of 13th-14th centuries. 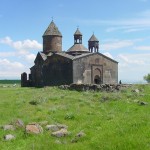 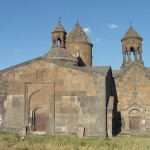 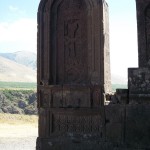 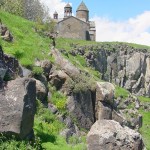 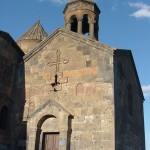 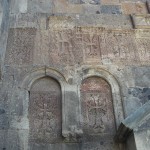 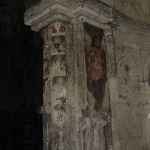 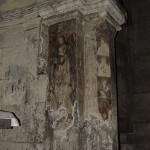 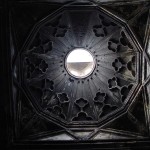