“Garni” Historical-Cultural Museum-Reservation is situated 28 km to the east of capital Yerevan of RA, in the south-western part of Garni Village of Kotayk Province, on the southern foot of Mount Geghasar of the Geghama mountain range, on a triangular cape, surrounded by deep canyons. It occupies a territory of 3.5 hectares (along with the preservation zone‒5.1 hectares) and includes a series of historical-cultural structures and cultural values: the Castle of Garni (III‒II cc. B.C.), a pagan temple (77 A.D.), a bath-house with   a mosaic floor, palace constructions and adjacent subsidiary structures, St. Sion Church (VII c.) and the ruins of the adjoining chapel, the stone monument called “Dragon” with a cuneiform record, a stone with a Greek inscription, etc.

A little bit far from the temple, on the background of a beautiful canyon, the memorial fountain-monument of restorer-architect Al. Sahinyan was erected in 1978.

The research work of the monument started at about the end of XIX c. Later, in 1901-1911, remnants of a series of monuments were revealed due to the excavations supervised by Academician N. Marr. Afterwards, in the 1950th the excavations were continued by B. Arakelyan. Valuable archeological materials were discovered. The remnants of a part of the complex monuments (church, bath-house, palace building, walls, etc.) were reinforced on the basis of the realized researches. In 1968-1974 the pagan temple was completely restored.

In 2002–2003 restoration, improvement and other works were fulfilled in “Garni” Historical-Cultural Museum-Reservation, at the expense of the Lincy Foundation. The entrance part of the wall was restored partially:  two towers rising from the floor, the ancient bath-house was totally covered, the weak walls of the palace hall and the walls of adjacent constructions were rebuilt, the front square of the temple was cobbled, passage-ways, an observation-point, a service hall and a toilet were built, a system of electric illumination was installed. In 2009 the whole territory of the museum-reservation was supplied with a radio service, and a system of artistic illumination was installed around Garni Temple which gave an opportunity to emphasize the architectural, volumetric-spatial, sculpture-decoration and artistic ornamentation peculiarities by multi-color light effects, accompanied by music in the evening hours.

In 2011 “Garni” Historical-Cultural Museum-Reservation, which is the branch of the “Service for the Protection of Historical Environment and Cultural Museum-Reservations” SNCO, was awarded with the international prize of Melina Merkuri for the “Preservation and Management of Cultural Landscapes” (UNESCO—Greece). Every year cultural arrangements are organized with the participation of a lot of people, in the territory of the museum-reservation. It is one of the most often visited monuments of the republic. It is visited by about 136 000 tourists every year.

The working days of the museum-reservation: 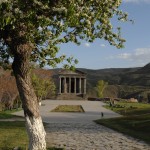 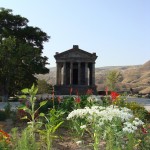 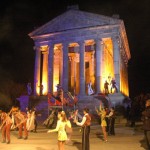 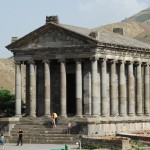 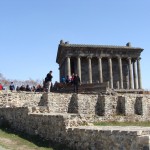 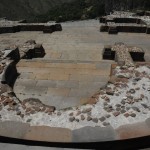 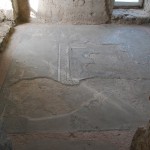