This monastic complex of the medieval Armenian architecture is located in Arates village of Vayots Dzor Province of RA, on the bank of the Rivulet Arates of the Yeghegis River, on the top of a hill. The semi-ruined monuments group consists of several chapels, St. Sion (X c.), St. Astvatsatsin (XI c.) churches and two narthexes (XIII c.). It is supposed that the first construction of the monuments group was founded in the VII c., though the oldest written reference refers to the IX c.

St. Sion Church — was erected in the X c. It’s a one-nave, vaulted church. It has three vestries on the two sides of the altar and is adjacent to the northern wall.

St. Astvatsatsin Church — is situated at the southern side of St. Sion Church. It was built in the XI c. It is a domed hall with a pair of pylons.

First narthex — was constructed adjacent to the western façade of St. Astvatsatsin Church. This is the most noteworthy construction of the complex. It was built by architect Siranes, in 1270. From the clients and builders are mentioned friar Hairapet, Grigorik and Stepanos. The roof of the narthex was constructed in a peculiar way of using intercrossing arches.  One by one semi-arches are directed from a pair of arches towards the eastern and western walls, stretching in the direction north-south. In the center of a pair of arches is the dome, built of stalactite, on a circular base. Nowadays it is ruined.

Second narthex — is situated between St. Sion and St. Astvatsatsin Churches. It was erected in the XIII c. It’s a structure with a square plan and a pair of eastern sacristies.

Chapels /5/ — were built amid the churches.

The monastery was surrounded by a wall which was ruined in the XVII c. At present, only a fragment of the northern wall has survived. There are cross-stones and tomb-stones of the X‒XVII cc. in the territory of the monastery. In 1959-1961 one of the crossing arches of the narthex was restored, under the supervision of K. Ghafadaryan. In 1988-1989 the Board of Monuments Preservation completely registered, enumerated and measured numerous fragments of churches. Designing works were realized for the purpose of restoration.

Grigoryan G., The Monastic Estates of Syunik of the IX―XIII cc., Yerevan, 1973.

The general view of the complex 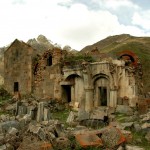 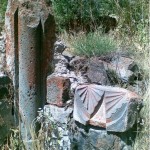 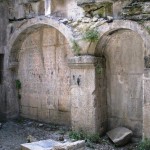 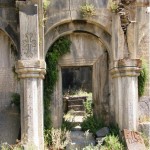 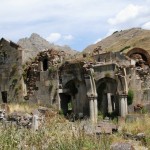 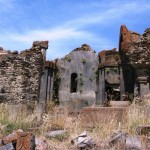 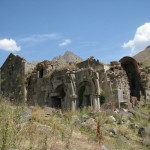 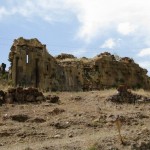 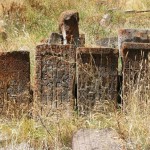 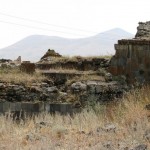 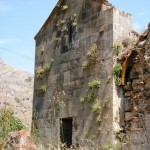 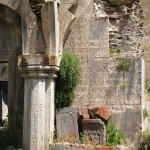 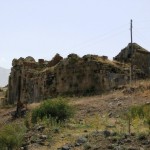 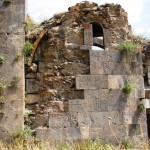 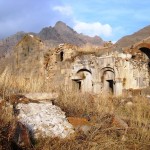