The monastic complex of Marmashen is situated in Shirak Region, 2 km south-west from Vahramaberd village, on the left bank of Akhuryan River. The monastery is one of the best groups of monuments. It was a prominent cultural and religious center of Medieval Armenia. The complex consists of 2 groups of monuments – Big and Small (Upper). The Big group of monuments includes the church of Katoghike, 3 churches, narthex and cemetery.

Katoghike– is the main church of the big group of monuments. According to the inscription engraved on the south wall the church was built by Vahram Pahlavuni, 988-1029. The church is a domed hall with 2 pair pilasters. The pilasters were elaborated with a bunch of up-soaring columns. The main apse is decorated with niches and outwardly the façades are decorated with a pair of pilasters and ornamental arcade which is stretched on them. The 12 faceted drum is covered with an umbrella-shaped calotte which is decorated with a bunch of pilasters connected with small fronton.
The church of Katoghike is one of the best examples of Armenian architecture- the school of Ani. It is supposed that the church was built by architect Trdat.

Second church – is situated at the northern side of Katoghike at a distance of about 9 km. it was probably built at the same time. It is a small copy of Katoghike with its structure, details and decoration. Only the northern and eastern walls have been protected.

Third church – is located at the southern side of Katoghike. It was built in XI century. Inwardly it is a cruciform structure with the vestries in 4 corners, outwardly rectangular, central domed structure.

Forth church– is situated at the south-western side of the complex. It was opened during the excavation 1954-56. Outwardly it is round, inwardly it is a domed structure of X I century with 4 apses. The lower 2 rows of the walls, the stylobate have been protected.

Narthex – is adjacent to the church of Katoghike from the western side. It is a centralized, four-pillared structure. It served as a shrine. Vahram Pahlavuni buried here. At the end of XIX century his tombstone was replaced by a new one. The lower parts of the walls and the pillars have been protected.
Some parts of water conduit of the monastery were found at the western side of the narthex.

Church –is also known as Old or Fifth church. It is situated on the hill at the northern side from big monastery. It is domed structure with a cruciform plan which is attributed to the X-XI centuries. Now it is ruined.

Cemetery – is spread around the small monastery. Here is buried the ashes of Sophia –wife of Vahram Pahlavuni. Here is also buried the architect Shnavorik. 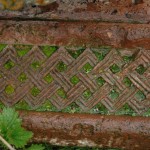 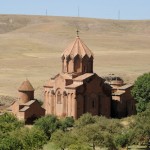 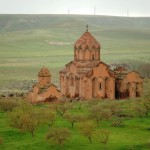 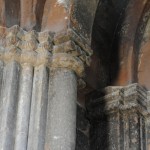 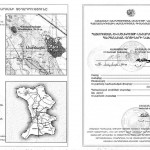 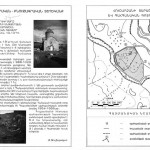