Saint Astvatsatsin is a vaulted 3 nave basilica church with a pair of pilasters which is situated at the western edge of Eghegis village. From the eastern side there are big apses on both sides of the high stages. The entrance-from the west. It was left us in standing condition after radical reconstruction in 1703. When, in fact, on the ruins of the old church a new church was built preserving its architectural peculiarities. In the western facade the new church had the same entrance typical the architecture of Syuniq (14 century) and the decorative niche like the old one. The cross stones (14-16 centuries) were set in the walls. There are also gravestones and there are lithographic inscriptions on some of them. Once t he names of Smbat, Ashot, Shahnshah Bagratuni were read. On the south-west side of the church there is a facade stone of the door buried in the ground which shows that in the place of the church there was another church of middle centuries.

H.Eghiazaryan, The cultural monuments of Azizbekov region.
The concise encyclopedia, No. 2, Yerevan 1995. 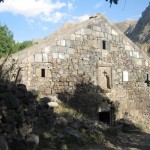 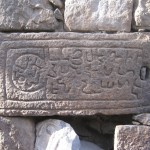 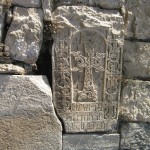 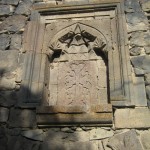