Thegher monastic complex is situated on the north from Byurakan village, at Thegher village, on the right edge of precipitous gorge. According to the building inscription on the lintel of western entrance of the court, the monastery was built by Vache Vachutyan and his wife Mamakhatun in 1213-1232. The architect of the monastery is Aghbayrik vardapet. The monument was built of gray basalt stones. It is one of the significant clerical buildings of Medieval Armenia. It includes St. Astvatsatsin church and narthex (gavit).

Narthex (gavit) -is adjacent to the church from west. According to the inscription kept on the capital of north-eastern column, the church was built by Aghbayrik in 1221. It is of four-column dome type. Narthex (gavit) is notable for its spatial design and occupies a special place among other identical narthexes (gavits). Two small chapel-like churches are on the north-eastern and south-eastern corners of the roof. These are constructions with right-angled outward appearance having center-domed small sacristy. The entrance from the chapels to the narthex (gavit) is from the roof. The original compositional solution made by Aghbayrik makes the construction more majestic and slim/lank.

The monastery was enclosed for defensive reasons in 1468. It was renovated in the end of 18th century. 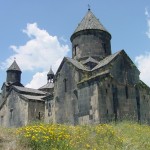 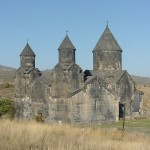 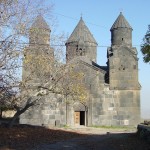 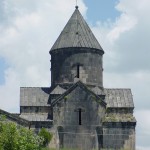 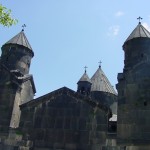 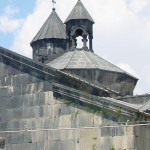 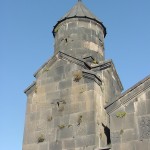 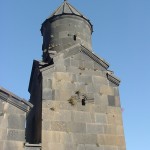 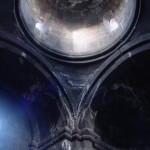 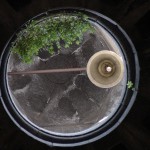 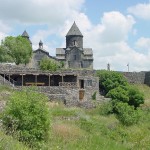