Arpi Natural-Historical Reserve was established in November` 1988 by the decision of the Council of Ministers of the Armenian SSR.

It is located in the administrative territory of Areni Village of Vayots Dzor Marz, in the area on South of the second kilometer of the Areni-Yeghegnadzor highway, in the Noravank Gorge. The reserve covers a total area of ​​about 200 hectares, 40 hectares of which are karst caves Bears, Mozrov, Magili and Trchni (Bird). The total length of the Gorge from North to South is 8 km. The Gnishik River originates from the Noravank Gorge, water of which gave birth the rich flora of the reserve with  its “golden stock” that encompasses about 200 endemic species.  The fauna of the Reserve is also diverse.
The greatest medieval treasure of the Arpi Natural Historical Reserve is the medieval historical-architectural complex of Noravank. It was the Seat of the Syunik Diocese in XII-XIV centuries. Reps of the Orbelyan Prince House of Syunik were very active here.

The monastery complex surrounded by higher cliffs includes St. Karapet Church, which was originally built in the IXth  century. The complex also includes St. Stepanos Church and its Courtyard (XIII c.), St.Gregory the Illuminator Mausoleum-Church (XIII century) and other monastic buildings. The crown of the Noravank monastery and the Orbelian construction works in general is fairly considered a genius work by architect Momik, –  St. Astvatsatsin-Burtelashen two-storied mausoleum – church (1339) and hand-made khachkars of the great master.

Renovation works in the complex were carried out in 1988-1999.
In 2011 the complex was given to the Mother See of Echmiadzin and it is a functioning spiritual center now.

In 2010 museum dedicated to the life and activity of architect Momik has also been opened here.

Working days and hours of the Reserve:

The day-off is Monday. 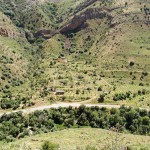 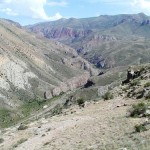 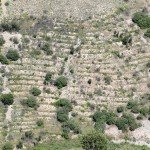 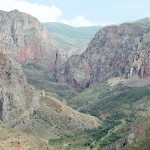 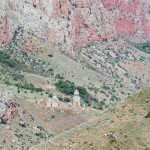 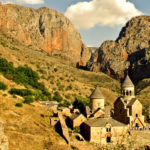