Chariots were used in the funeral rites of privileged people as an important attribute symbolizing a vehicle that carried the leader’s soul to heaven accompanied by a bird. Chariot complexes were used in the burials of privileged groups in palaeopopulations of the Late Bronze Age (XV-XVII cc BC) in the Kura-Araxes interfluve and were often replaced by symbolic parts. 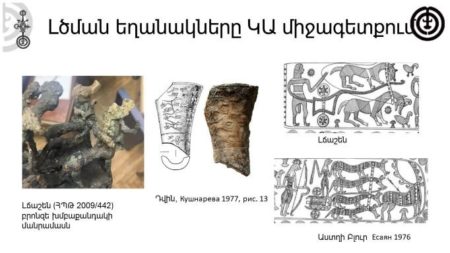 According to the studies made by Ph.D. in History Benik Vardanyan (Institute of Archaeology and Ethnography NAS RA):

Since the 15th century BC in the northeastern part of the Armenian Highland and the adjacent areas, there are various documented examples of the use of chariots. There are also chariots depicted on pottery and bronze objects. Chariot hunting and other scenes are found in rock art. 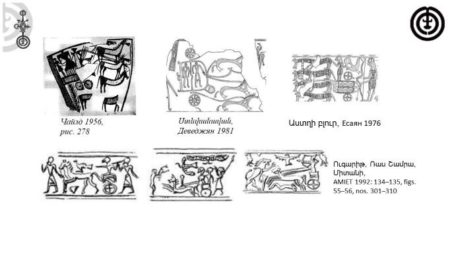 Two-yoke chariots with wheels consisting of 28 spokes and an open body were found in Lchashen and other necropolises of the same period. In some burial mounds, separate parts of chariots were used instead of the chariot itself, such as its yoke and/or some parts of it. 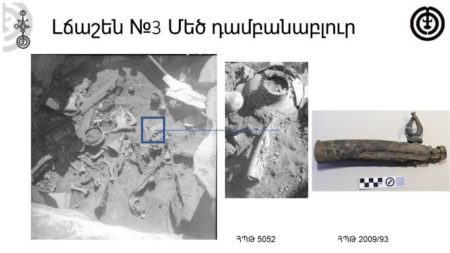 Horned objects were not attached to the bridles but to the leather headband of the horse with grommets to the collar by means of which the horse was controlled.

Thus the yoke is connected to the horn rotated around its axis whereas the chariot was controlled by separate leather reins attached to the bridles. 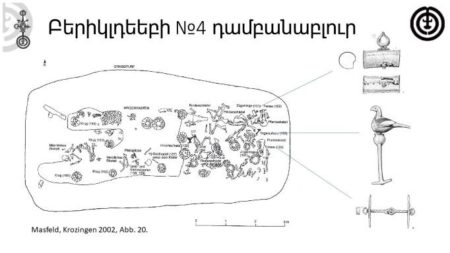