The Monuments of the cemetery of the Village Hin Khot (Syunik Region) are included in the state list of immovable historical and cultural monuments. There are 15 monuments (state index 8.47.3.1.2- 8.47.3.1.16) twelve of which are cross stones and three tombstones. The cemetery (10-20th century) located in the southwest of the village Hin Khot (Syunik Region) and is in ruins. At the territory of the cemetery tree cutting was not carried out and monuments remained intact.

Gevorg Ghazaryan, the user of a social network, has recently expressed concern that the felling destroyed village cemetery. There were also published photos.

We inform that the area where felling were conducted belongs to villager Ashot Hayrapetyan and has no relation to the cemetery-monument. This area is separated from the wall of the cemetery. Several tombstones are indeed in the territory of the landowner, but they are not included in the state list of immovable historical and cultural monuments. Consequently, Airapetyan implemented cutting on his territory and not in the territory of the cemetery. However, the head of the regional service PHE (Syunik Region) Astghik Hakobyan had a conversation with the head of the community M. Grigoryan and told him to remove tree branches from tombstones. In the morning the tombstones have been cleared. 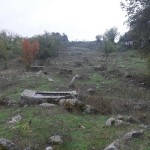 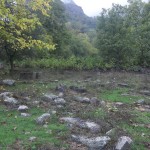 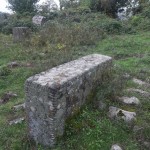 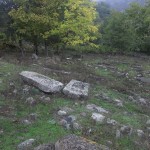 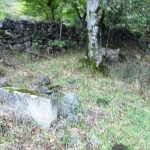