FELLOWSHIP PROGRAM IN GERMANY AND WORKSHOP IN INDIA

FELLOWSHIP PROGRAM IN GERMANY AND WORKSHOP IN INDIA

Davit Poghosyan (Doctor of Pedagogical Sciences, expert in NCSO) has recently participated in international projects in Germany and India on the basis of agreements reached during the international program held at British Museum (from July 27 to September 4).

Davit Poghosyan leave Leipzig and Ethnographic Museum in Grasse by the invitation of Hartwig Fischer director of «Dresden State Art Collections». D. Poghosyan together with cultural program specialist Christine Fischer also took part in implementation of educational programs got acquainted with exhibitions held at museum and made comparative analysis of the different sections of the museum.

He also visited Dresden where meetings with experts from other museums were organized, then they visit Dresden world-renowned museum. Davit Poghosyan also visited more than a dozen national museums and places of interest.

British Museum celebrated its tenth anniversary and organized a two-day international training workshop on theme «World history museums creation» at Chhatrapati Shivaji Maharaj Vastu Sangrahalaya in Mumbai (India). By the invitation of British and Indian Museums Davit Poghosyan also participated in this international workshop which was attended by delegates from 20 countries, as well as the directors of the museums and foundations.

The workshop discussion was about demonstration of new concepts of universal museums and the experience of British Museum. The participants were divided into groups and created their own museum concepts. D. Poghosyan was actively involved in all activities of the workshop, presented his own views and had meetings with various specialists.

Davit Poghosyan together with other representatives from Armenia M. Mkrtchyan and H. Mkrtchyan were also participated in a training program at British Museum. 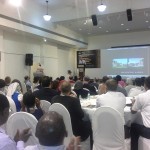 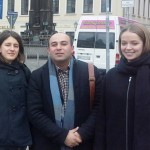 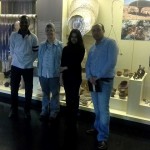 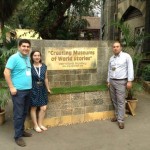 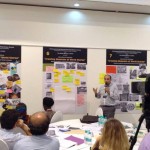 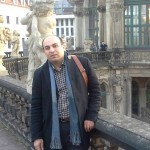