THE BIG DESERT OF TATEV

THE BIG DESERT OF TATEV

This architectural complex- the prominent religious center was built in the region Goris in 1660’s,which is situated on the right bank of Vorotan river in depth of the gorge where the letter and Tatev tributary are joining, a few kilometers away from the desert Harac of Halidzor ruined by the earthquake of 1658. The founder is Catholicos of All Armenians Hakob D.Jughayeci.
The regular plan of the complex was copied from the last Desert (only the sizes are large). It consists of the main part surrounded with rectangular calx walls which have beautiful towers and of the auxiliary part with a table-shape plan which is adjacent to it from the south.
Between the lines of the walls were located cattles and farms. In the south-western part of the desert was built Saint Astvatsatsin- 3 nave basilica church built from smoothly hewn basalt stone, in 1663. In 1743, adjacent to the western part of the church, Meliq Yeghan built vaulted church-porch hall, and adjacent to a small chapel-mausoleum from the north. The dining-hall located in the southern part of the desert is a vaulted long structure with a kitchen, small, narrow windows, inside with 2 rowed stone tables. 64 vaulted cells adjacent to the western and northern walls were built for cenobites, some of them -2 stored and 3 stored, had a door and a window. The group of residential rooms with G-shape plan and the auxiliary farms are standing in the yard. Now the eastern source of the desert is in dilapidated condition. The complex was destroyed by the earthquake in 1931.The desert had full economics-gardens, threshing floors, wine-press, cellars, water-mill (now the letter’s stones are broken). The climatic conditions of this territory were favourable for viticulture.
It is a valuable sample of medieval Armenian architecture with a unique solution. It was a big educational, religious and cultural center: In Big Desert of Tatev according to Araqel Davrijeci about 700 monks devoted to the spiritual service. The Catհolicos of All Armenians Movses Khorenaci (Syuneci) was educated and brought up here. Due to the wholesome effects of spiritual and cultural prosperity of Big Desert of Tatev were formed centers of manuscripts and were written a great deal of manuscripts in a number of monasteries and deserts. 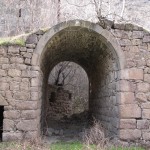 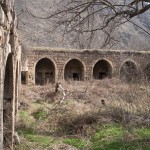 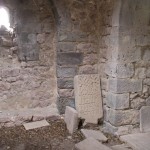 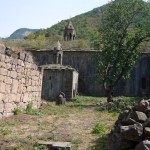 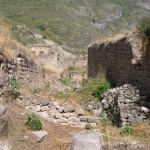 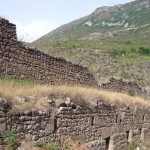 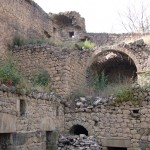 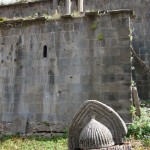 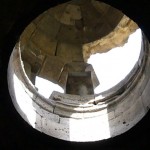 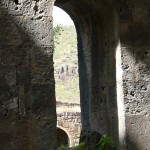 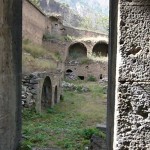 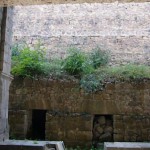 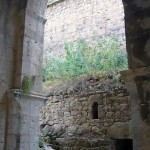 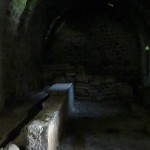 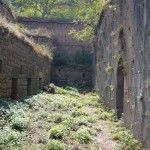 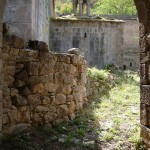 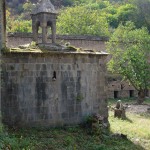 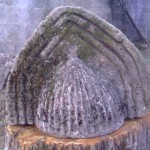 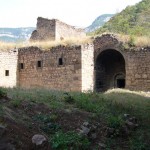 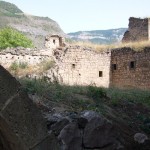 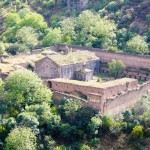